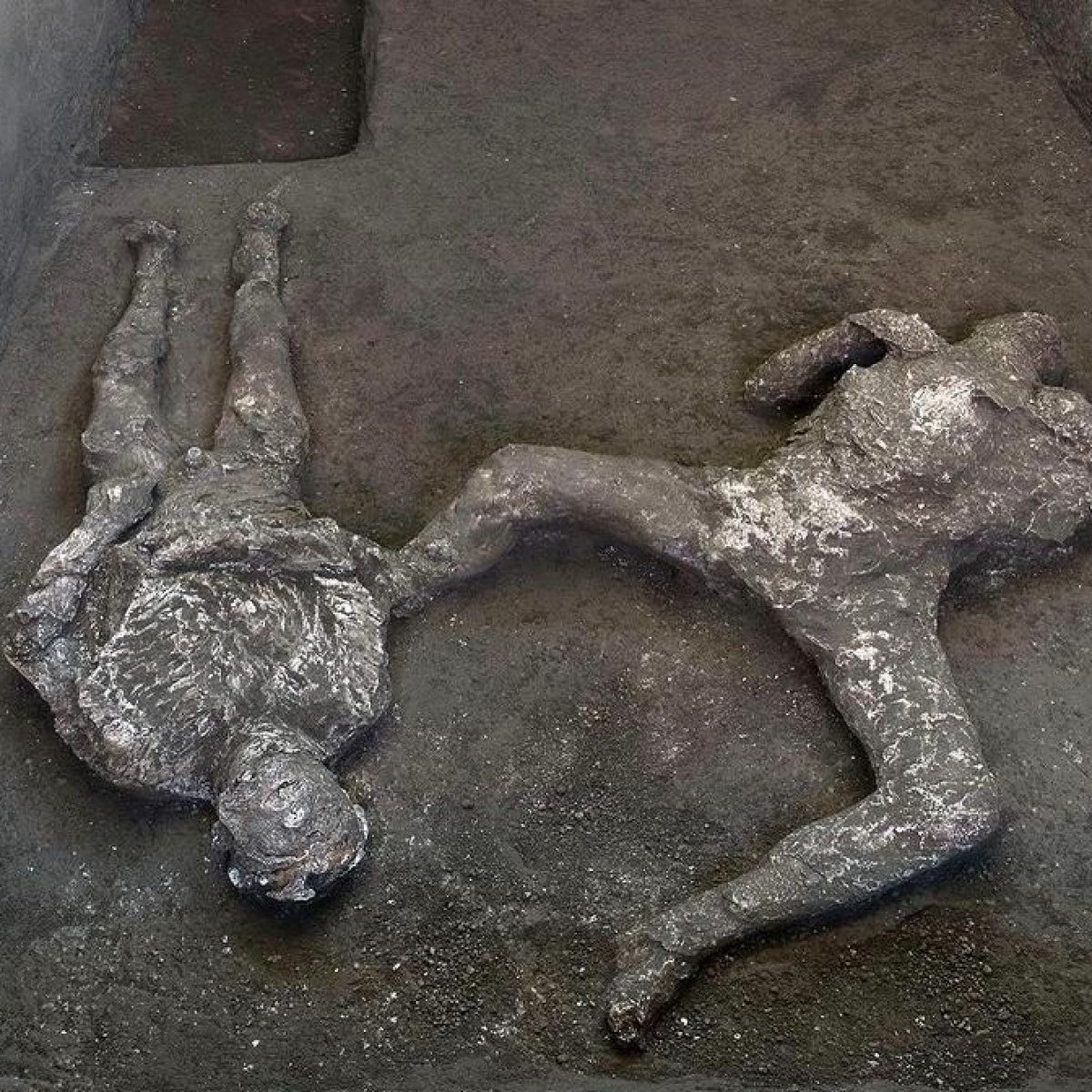 What the writer Luigi Settembrini defined as “the pain of death that takes on body and form” once again takes shape in the excavations at Pompeii, in the form of men who lost their lives during the eruption, the traces of whose death throes have remained imprinted in the ash for two thousand years.
During the current excavations at Civita Giuliana, around 700 metres northwest of Pompeii, in the area of the large suburban villa where, in 2017 – thanks to a joint operation with the Carabinieri and the Public Prosecutor’s Office of Torre Annunziata aimed at stopping the illegal trafficking carried out by grave robbers – the servile part of the villa had been discovered along with the stable containing the remains of three harnessed horses, two skeletons of individuals caught in the fury of the eruption have been found.
Just as in the first excavation campaign when it was possible to create plaster casts of the horses, today it has been possible to make casts of the two victims who were found near the cryptoporticus, in the noble part of the villa which the latest investigations have focused on.
The bodies were found in a side room of the cryptoporticus, in the form of a passageway below the villa which led to the upper floor.

The Archaeological Park of Pompeii, in collaboration with the Campania Region – ASL 3 Naples, will activate a station for the administration of rapid antigenic swabs and relative certification. Below is the link to the Read more…

The reopening of the archaeological site of Pompeii of the recent weeks has seen an important increase in tourist flows. In order to facilitate access in the site from 7 June, is foreseen the suspension Read more…