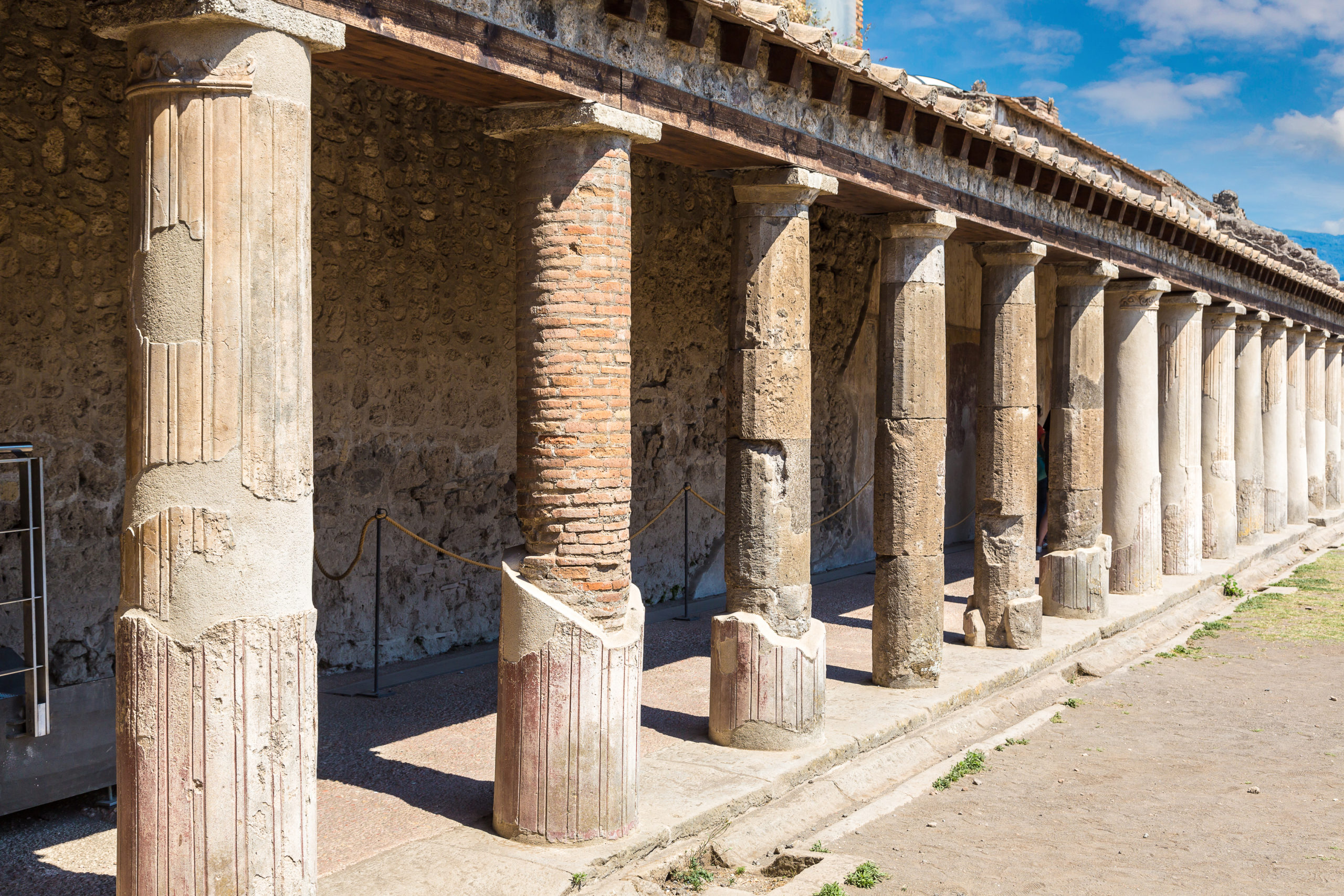 The archaeological excavations of Pompeii have revealed the remains of the ancient city of Pompeii, in the area of ​​the hill of Civita, at the gates of today’s city, in the province of Naples. The ancient Roman city was buried by a blanket of ashes and lapilli during the eruption of Vesuvius in 79 AD.

The excavations were begun at the behest of Charles III of Bourbon and are, to this day, one of the best examples of Roman life of the time, thanks to the state of conservation of the site. Most of the finds recovered (everyday furnishings but also frescoes, mosaics and statues) are kept in the National Archaeological Museum of Naples, and a small part in the Antiquarium of Pompeii.

The considerable amount of finds was useful for understand the uses, customs, eating habits and the art of life of over two millennia ago.

The Pompeii site, in 2016, exceeded three million visitors making it the third most visited state museum site in Italy after the Pantheon and the archaeological circuit of the Colosseum, Roman Forum and Palatine Hill.

In 1997, to preserve its integrity, the ruins, together with those of Herculaneum and Oplonti, became part of the UNESCO World Heritage List.